So you’re a file backup beginner and you’re looking for a solution to your problems. Have you tried Carbonite? You’d probably want to read what comes next, then:
Carbonite is an online cloud-based backup service that offers unlimited space for your PC, mobile device or server. It also gives you the ability to access your saved data from every device with the app installed, currently: mobile (Android and iOS) and desktop (Windows, Mac OS and Linux). 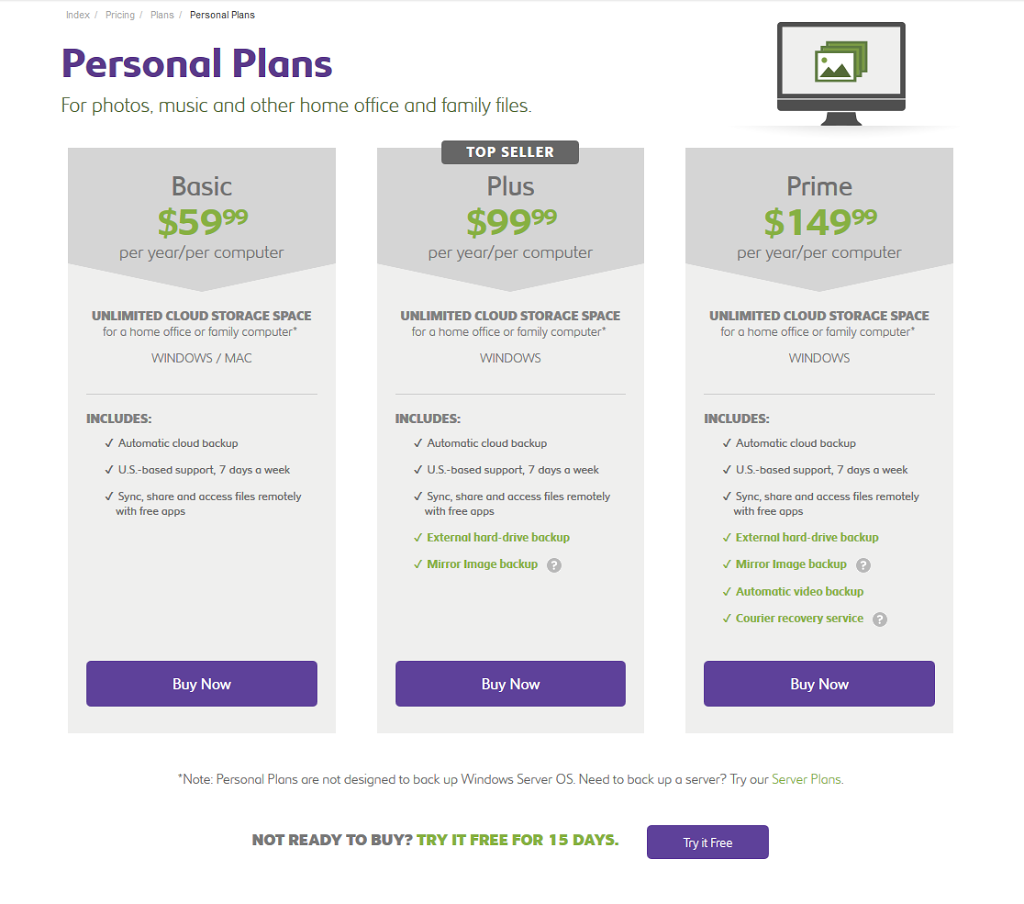 Signing up:
Let me first say this: Carbonite doesn’t have a fully free plan, which you can take advantage of. However, it gives you a 15-day trial period, during which you can try the service out before deciding on a premium version. Signing up is a standard procedure and after you enter the required data, the automatic download of Carbonite’s desktop application will start. A notable feature here is the 2-step authentication process, which although continuously annoying, is a security feature often underestimated. 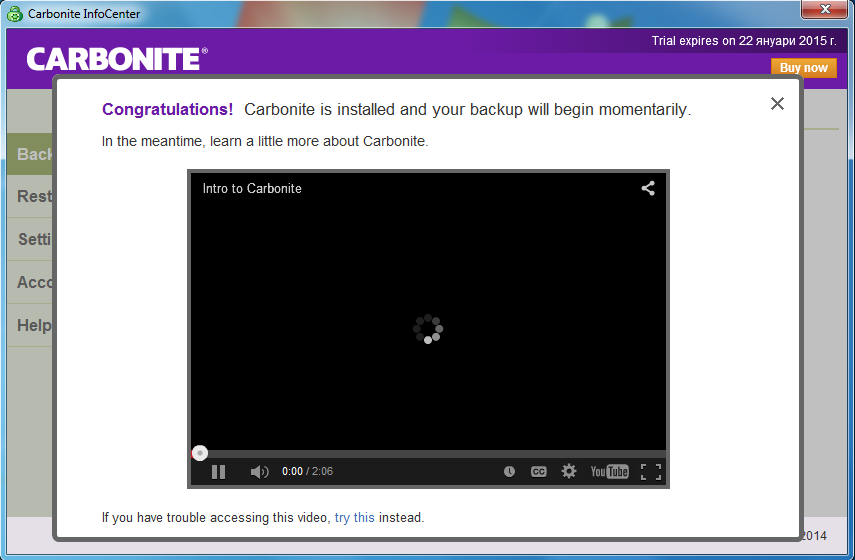 Upload speed:
If I had to grade Carbonite’s backup speed, I would say that it’s definitely on the slower side but overall, not that bad. However, I did find minor problems with some of the files I wanted to save. The service initially refused to backup my .mp3 files, even though it is said that the cloud service backs up your music automatically.A couple of days later, after I once again tried saving them to the cloud – manually, everything went normally.
Backup options:
Although not available in the trial version, Carbonite gives you the opportunity to create a “mirror image” of your whole PC, including OS and programs that go along, in case your device crashes down and you want a quick reset. In other words, this feature works as a full-system backup to a local drive. And speaking of drives, Carbonite’s Plus and Prime plans also offer backup to your external hard drive. It does so by scanning all the information and saving up the data that doesn’t already have a copy in the cloud. 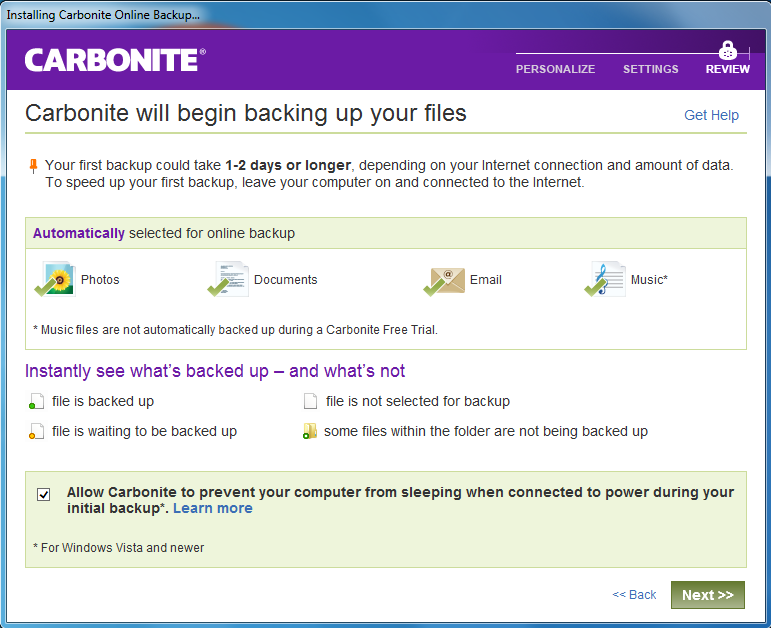 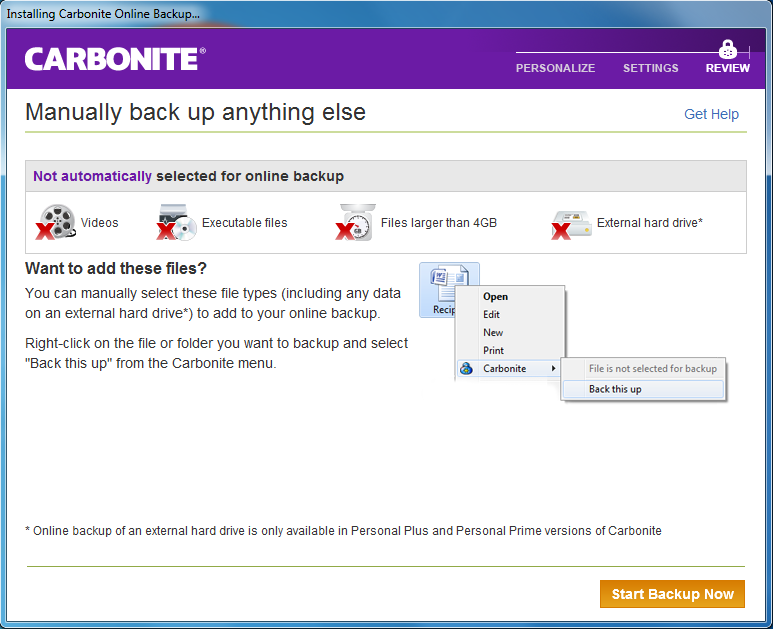 Security:
Carbonite uses 128-bit Blowfish encryption when backing up your files and SSL when transferring them to the data centers, located in multiple U.S. destinations. For the more advanced users, the online service has the option of personally managing your encryption key, although it is not recommended. 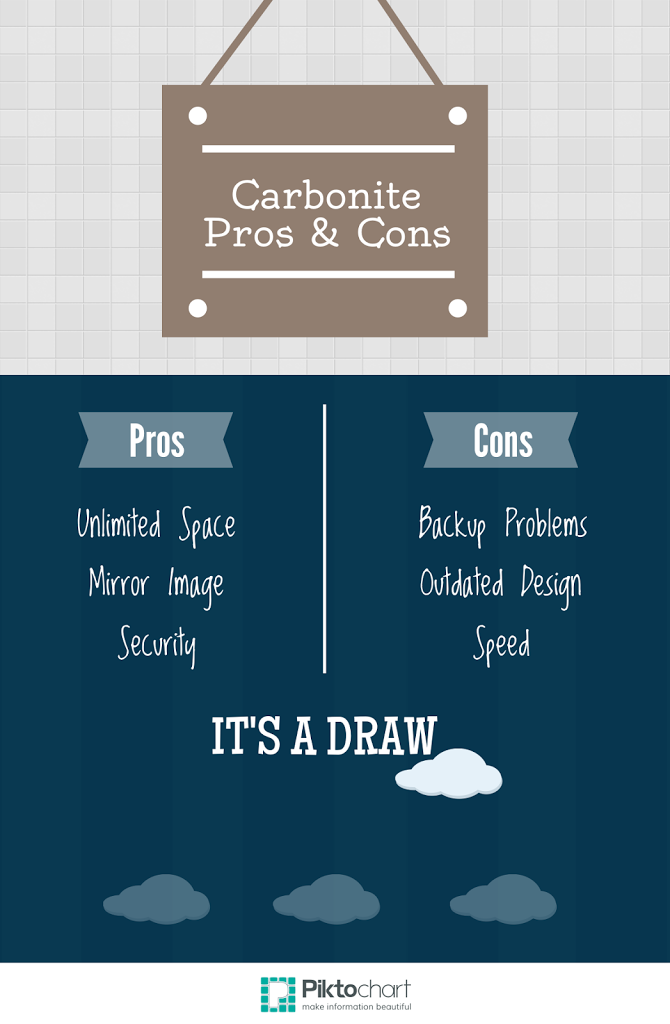 Final verdict:
Carbonite is a safe alternative for people, looking to backup large amounts of data, including servers and hard drives. However, as problems with the saving of certain formats might occur, I wouldn’t personally recommend it.

Double the storage, lower the expenses

How my phone made me shout “stop the wedding”?

All your memories, HD video collections and projects in one secure place for a lifetime.